As part of a solar park project in the Turkish town of Tatvan, the first 40 models of the new blueplanet 125 TL3 inverter from KACO new energy went into operation at the beginning of July. The blueplanet 125 TL3 is one of the first production-ready string inverters suitable for cost-optimised PV projects with 1500 Volt technology. In addition, the use of novel silicon carbide (SiC) semiconductors gives it outstanding thermal properties.

In November 2018, German PV pioneer KACO new energy GmbH was one of the first manufacturers in the industry to launch the series production of a string inverter which is suitable for PV systems with 1500 Volt technology. In the Turkish town of Tatvan, the blueplanet 125 TL3 was put into operation for the first time in a customer plant at the beginning of July. For the five megawatt solar park in eastern Turkey, 40 of the new inverters were sufficient: With 125 kVA, it has conquered a performance class that until recently was reserved for central inverters.

Cost-saving 1500 Volt technology
The use of decentralized, high performance string inverters significantly reduced logistics costs: The Istanbul-based EPC company, DBE Elektrik Mühendislik Proje ve Danışmanlık A.Ş, was able to dispense with heavy equipment that would have been necessary for the installation of central inverters. The use of components for a DC voltage of 1500 Volt made it possible to connect a larger number of PV modules per string, thus reducing both the labor costs and the use of materials for the DC cabling.

The thermal advantage of silicon carbide
The blueplanet 125 TL3 is the first inverter of a new generation based on silicon carbide (SiC) semiconductors. The advantages include better thermal behavior: This allows full power to be fed in even at ambient temperatures of over 50 °C. Previously, inverters had to reduce their output at this point to protect them from overheating. The constantly high yields thus provide a faster return on investment.

The lower heat generation also has a positive effect on space requirements. Accessories such as chokes and fans became smaller and the blueplanet 125 TL3 more compact and lighter overall. This makes the inverter ideal for turnkey container and skid solutions: A comparatively small unit with a high power density ensures optimised accommodation costs.

The blueplanet 125 TL3 also defies other adverse conditions. Stainless steel screws and hinges prevent rust due to salty air. So there is nothing to worry about if a salty breeze blows from Lake Van, on whose eastern shore the solar park lies: The lake is not only the largest one in Turkey, but also the largest soda lake in the world, with a particularly high salt content. 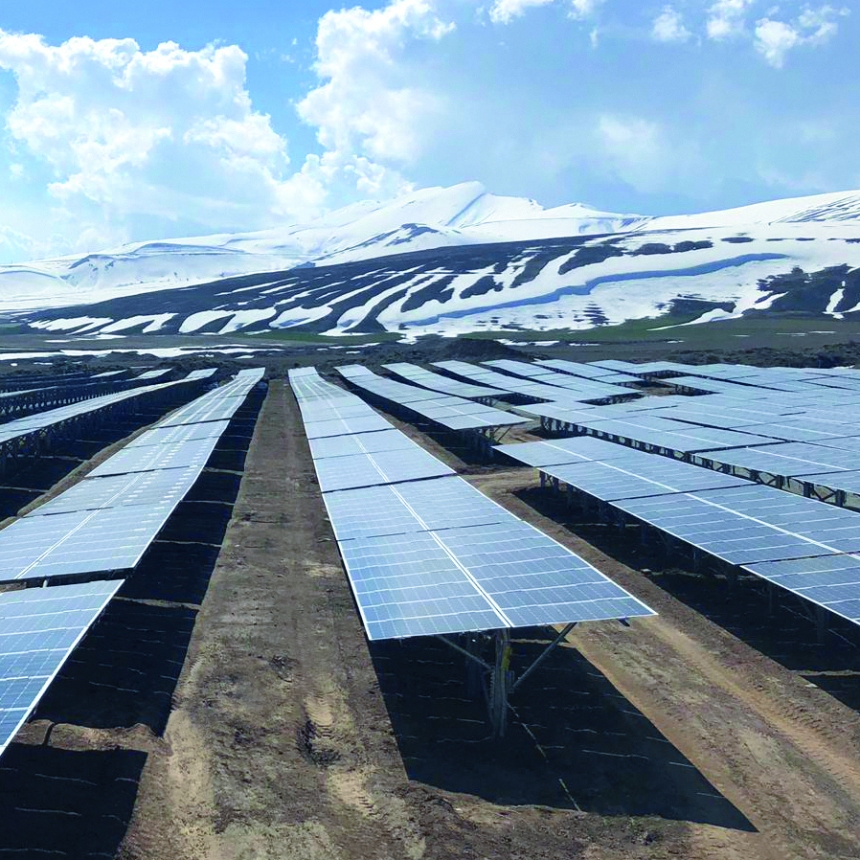