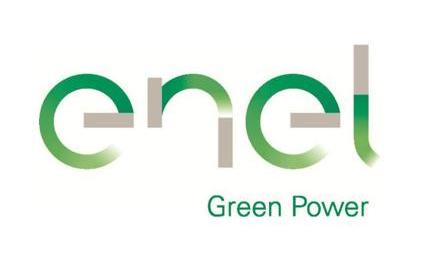 In line with the Group’s 2019-2021 Strategic Plan, this transaction aims to maximise and accelerate value creation by rotating assets to free up resources that can be invested in new projects, while Enel will continue operation and maintenance activities on the assets sold. The Brazilian renewable market is rich in opportunities for the Group, which wants to keep growing in the country, including by financing its new investments through the Build, Sell and Operate (BSO) model.

Antonio Cammisecra, Head of Enel Green Power, said: “With the sale of these assets we are capturing value for further growth in Brazil, where we are implementing a large pipeline of renewable projects. We remain focused on the opportunities offered by the Brazilian renewable market and we are continuing to invest in the country where Enel Green Power will play an active role by carrying out new projects and managing the fleet of operating plants.”

The closing of the sale of the three plants is expected by the end of the first quarter of 2019, pending certain conditions precedent, including approval by Brazilian antitrust authorities. The consideration is subject to adjustments in line with standard market practice for this type of transaction.

All three plants have long-term power purchase agreements (PPAs) in place. Lapa and Nova Olinda are supported by 20-year supply contracts that provide for the sale of specified volumes of energy generated by the plants to the Brazilian Chamber of Commercialisation of Electric Energy (Câmara de Comercialização da Energia Elétrica or CCEE). Cristalândia is supported by 20-year PPAs with a pool of Brazilian electricity distribution companies.

In Brazil, the Enel Group is active in the generation, distribution and transmission sectors through Enel Brasil and its subsidiaries. In the generation sector the Group is the country’s largest solar and wind player in terms of installed capacity and project portfolio with a total installed capacity of around 3 GW from renewables (1,269 MW of hydro capacity, 842 MW from wind, 820 MW from solar) and more than 300 MW from CCGTs. Enel has been awarded contracts for a total renewable capacity (wind and solar) of over 1 GW in the A-4 and A-6 Brazilian tenders in December 2017. In the distribution sector, the Group serves over 17 million customers through its Brazilian subsidiaries in São Paulo, Ceará, Rio and Goiás. In the country, the Group also owns and operates two transmission lines with a total capacity of 2,100 MW connecting the country to Argentina.

Enel Green Power is the Enel Group’s business line dedicated to the development and operation of renewables across the world, with a presence in Europe, the Americas, Asia, Africa and Oceania. Enel Green Power is a global leader in the green energy sector with a managed capacity of around 43 GW across a generation mix that includes wind, solar, geothermal, and hydropower, and is at the forefront of integrating innovative technologies into renewable power plants.